The photographers’ so-called magical hour gives us one of the most beautiful images of the day when the sun sets on the horizon, and the sky reveals its range of warm colors until it is covered with an intense red. Mountains, beaches, deserts, everywhere sunsets are magnificent. In this list, we leave you some of the most beautiful places you can watch spectacular sunsets because of the environment that surrounds them.

The Scottish Highlands are characterized by some of the country’s most rugged landscapes. One of them is the island of Skye. It is one of the most famous in the north of the United Kingdom for its natural monument The Old Man of the Storr, a stone pinnacle that rises in the southeast of the island and offers the traveler the best view the sea and the sunset of the Highlands. 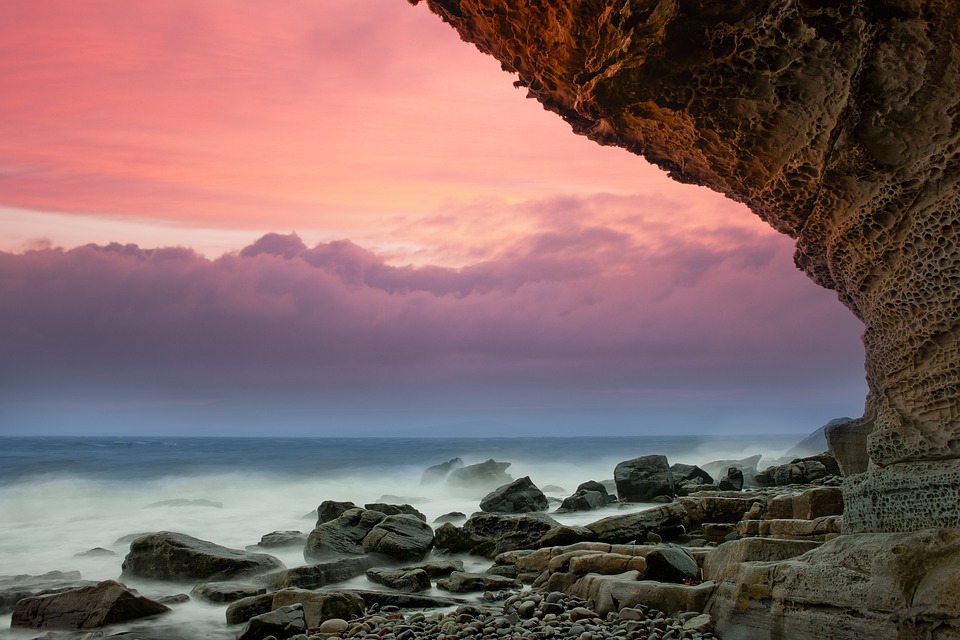 In Myanmar, surrounded by mountains and more than 200 villages, the Inle is a small water world where a very peculiar form of fishing has been practiced for centuries. A boat trip on the lake at sunset is recommended to watch the acrobatics of the fishermen. 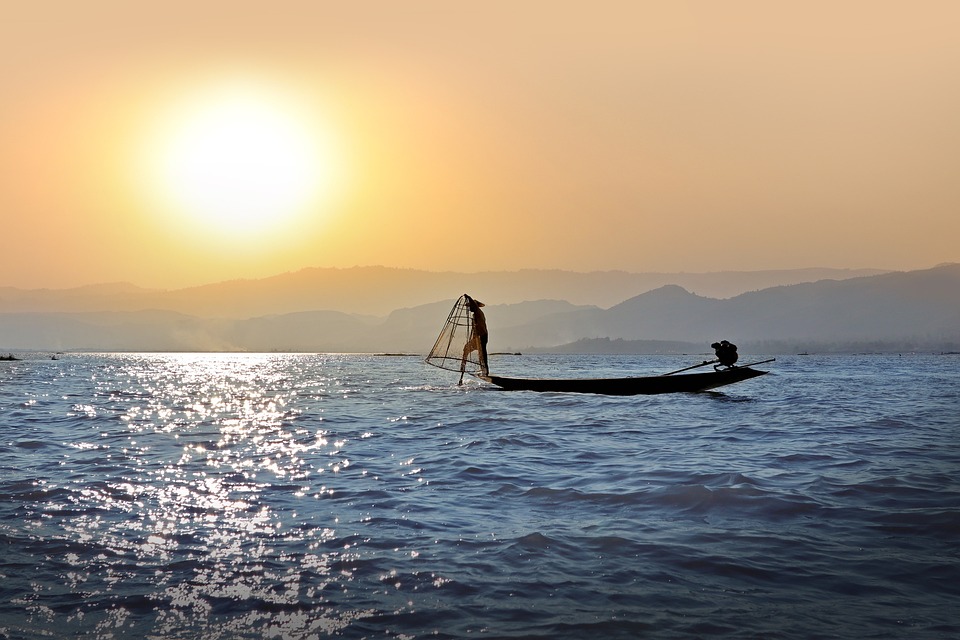 3) The Avenue of the Baobabs, Madagascar

The road connecting Belo and Morondava is perhaps one of the most beautiful in the world. The row of baobabs that covers both sides of the road makes it impossible to move forward in a straight line without constantly stopping to photograph the country’s emblem. With more than a thousand years old, some manage to reach a height of 24 meters. Since 2007 it has been a protected area and the sunset is simply splendid! 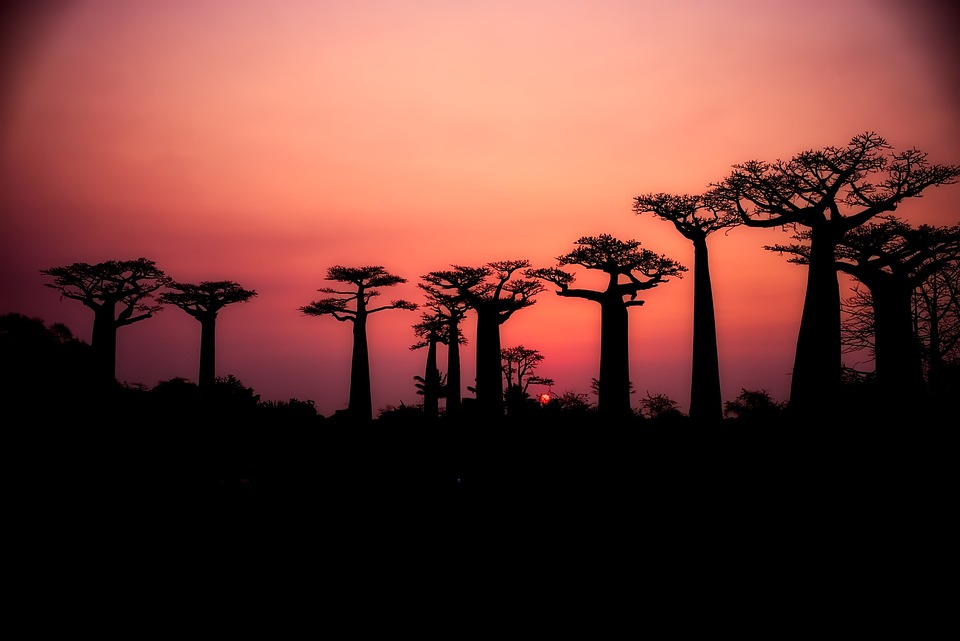 Who hasn’t dreamed of a sunset in an African national park? After an intense day of safari, the final reward: seeing the sunset over the savannah, with a lone acacia on the horizon and the animals sitting against the red sky. Unforgettable. The only one of the seven wonders of the ancient world still standing does not need an incentive to show one of Egypt’s most beautiful postcards. Nevertheless, since the Egyptians were great celestial wardens and had quite advanced astronomy notions, their location makes Giza’s pyramids the best sunsets in the country. According to experts, as the oldest, they are the best oriented.

Just a few kilometers from El Nido, in the north of Palawan, is Cabañas. A convenient desert beach where small boats, a bar, and a few atolls form the decoration. Cabañas is not the most beautiful beach in the area, but it is one of the most recommended to see the spectacle it offers at sunset! When the blue of the sky disappears, with different shades of warm colors until the whole area is painted red. Never before has a sunset been so intense!

The beautiful monument has its two magical moments at dusk and dawn. It bathes in gloom and acquires a mystery that makes it even more attractive. This marble mausoleum was built by the Mughal emperor Sha Jahan as a tribute to his late wife Arjumand Banu Begum in 1654. 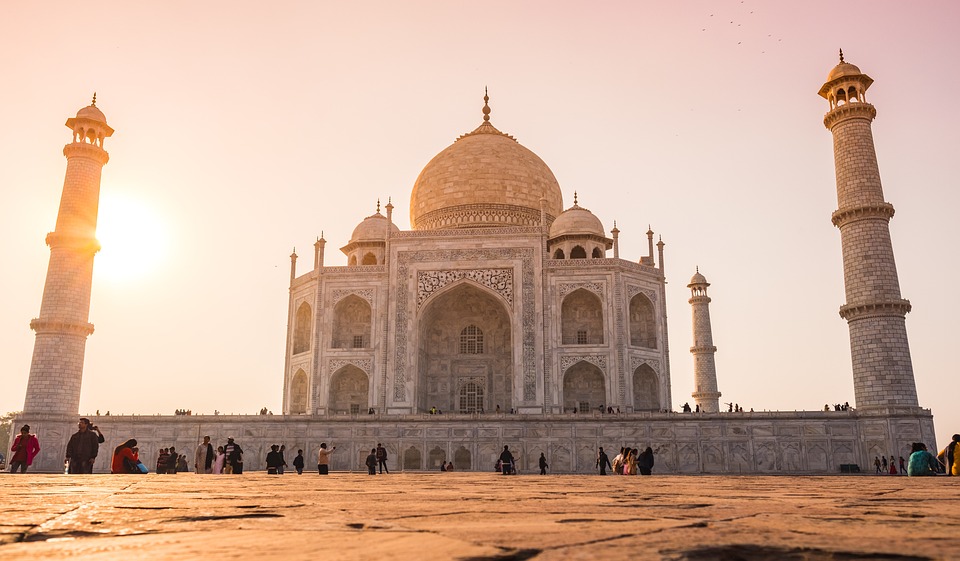 The coast of Cadiz boasts some of the best sunsets in the country. The sun runs along the immense beach of Caños de Meca as far as the Trafalgar lighthouse, where the sun’s last rays illuminate the sea where the English admiral Nelson defeated the French-Spanish troops. 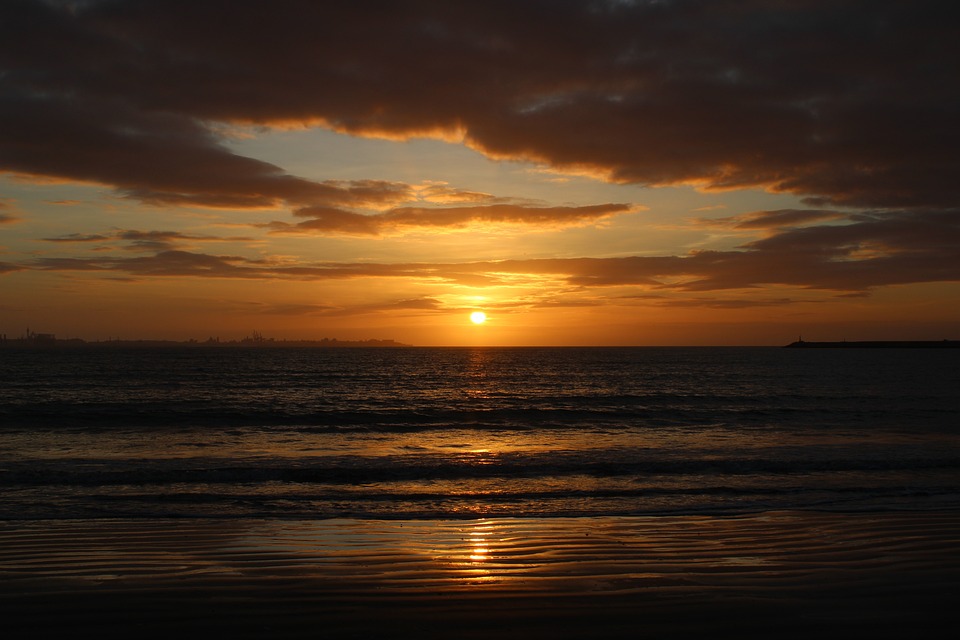 Any other places you know about for spectacular sunsets? Share it with us in the comments below!