Halloween and scary movie lovers always look for terror while travelling to places. If you are one of them, why don’t you take a look at part 3 of our ongoing series! 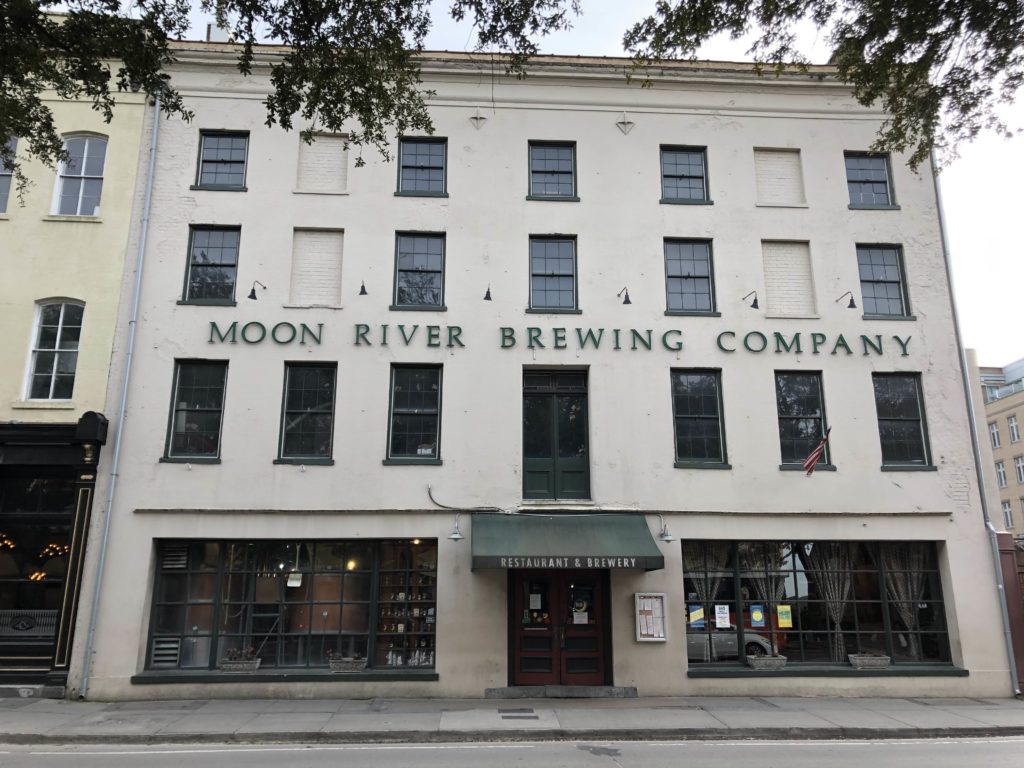 Opened to the general public in 1999, the Moon River Brewing Company is a brew pub and restaurant. Where, you ask? In Savannah. Yes, Savannah! Despite being one of the most attractive cities in America, Savannah is filled with many haunted buildings. Even the American Institute of Paranormal Psychology named Savannah as one of the most haunted cities in the United States.

The brewing facility previously used to be a hotel in the 19th century and was later used as a coal warehouse and office supply store. However, in 1995, it was renovated into its current structure as a brewing and restaurant facility.

Now let’s dive into the most exciting part: the ghost stories!

One of the most frightening locations in the Moon River Brewery is its basement, where the workers have often seen a man, which they nicknamed “Toby”, moving silently through the shadows. Once during a tour guide to the basement, a woman claimed that her body’s right side became extremely cold and she could hear strange voices.

In 1832, after a duel between a gambler and a physician, Dr. Philip Minus killed James Stark with a rifle. Guess where the murder took place? On the second floor of the Moon River Brewery! And even now, the place is said to be haunted by the spirit of James Stark.

Furthermore, the upper floors also consist of much ghost activity. For instance, the ‘Lady in White’ was often seen roaming around the rooms. Both staff and customers were often pushed around by invisible creatures. In the 20th century, a woman was violently pushed down the stairs by an unseen force.

What’s more bizarre is that many women felt someone grabbing their feet under the table while dining. Some women were even locked in the bathrooms.

Paranormal Investigators claimed that the ghosts in the brewing company are all the people who died during the Yellow Fever outbreak in 1876 as it was believed that back then, the brewery was used as a hospital during the epidemic.

So, next time you are travelling to Savannah, make a stop at the Moon River Brewing Company, either for its award-winning herb and spice beer or for a ghost tour!

Also known as the Sea of Trees, it is a forest located right along Mount Fuji’s edge. The forest grew on the lava released from Mount Fuji during one of its major eruptions in the 19th century. This dense forest is extremely rich with vast wildlife and you can spot some rare animals such as the Japanese mink, Japanese moles and even Asian black bears.

However, let me tell you that this forest holds a dark secret!

Japan is known to have one of the highest suicide rates in the world. A recent CNN report claimed that in Japan, more people died from suicide than from COVID-19. The figures and statistics reported that over 19,000 suicides were recorded from January to November 2020.

Now, let’s come back to the Aokigahara forest. You will be shocked to know that this forest is one of the most common suicide destinations in the whole world. Since the 20th century, many people chose this forest to commit suicide and as a result, it was given the name of the “suicide forest.” For instance, in 2003, approximately 105 bodies were found in the forest. If you visit this forest, don’t be too shocked to see a dead body lying somewhere!

The most common means of suicide were hanging, poisoning or drug overdose. But some even tried to end their lives by inhaling toxic gases of their cars. Yoshinori Cho, the psychiatry department director at Teiko university, claimed that depression is one of the primary factors leading to a rise in suicidal tendencies. There are also other factors that are responsible such as health problems and unemployment.

Aren’t you curious why this forest is chosen explicitly as a suicide spot?

Many, many years ago, a Japanese psychiatrist interviewed some Aokigahara suicide survivors. These people claimed that they chose this forest as they wanted to die successfully without being discovered. Due to its vast feature and its location at the base of a mountain, it can take many years to find dead bodies as many are forever lost in the thick and dense woods.

But wait it’s not finished! The worse has yet to come! According to a legend in Japan, Aokigahara became a suicide forest as it was previously a place where people used to perform “ubasute.” Ubasute was a cruel type of euthanasia where a household would reduce the number of family members to feed by taking an elderly person to the forest and leaving that person to die out of dehydration, hunger or exposure. As a result, it is believed that the spirits of all those who died there never went to the afterlife and stayed there to take revenge by luring unfortunate souls.

One initiative to discourage people from taking their last walks was to install a wooden sign that reads: “Think carefully once more about your parents, children and family. Please don’t suffer alone, and first, reach out!”

Will you really dare to visit these places? If you still come out alive, then please don’t forget to share your comments and tell us about your spooky experience!